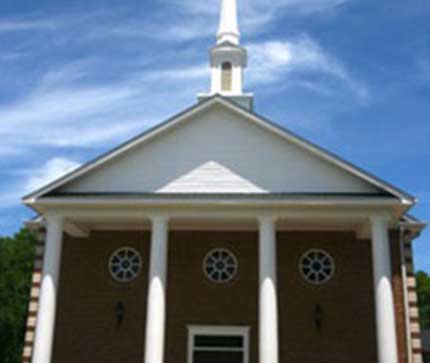 Rev. Alston began preaching under a bush tent on the grounds now owned by the Catholic Church. The present site was given to Rev. Alston and the organizing members by Judge Benjamin C. Pressley, an ardent Baptist.

Among the first deacons ordained to serve were Elias Johnson, Caesar Brown, Carter Rivers, Chalmers Adams, Simon Massey, Julian Boone and Moses Adams. Rev. Alston served faithfully until he was called to his great reward in the year 1912.

After Rev. Alston's passing, Rev. Elise Johnson was called to the church. He served faithfully until his passing in 1929. Other ministers who served as pastors were Rev. Chapelle, Rev. J.M. Marshall, Rev. Frank Everett, Rev. A.H. Clark, Rev. C. H. Bolger and Rev. Louis H. Simmons, Rev. R.M. Pitts, Jr., and Rev. Thomas H. Burns. During these pastorates, much progress was made both spiritually and physically within the church.

Under the pastorate of Rev. R.M. Pitts, Jr., the building fund was established. Plans for the structure that stands at 124 Pressley Street were developed and begun.

Rev. Thomas H. Burns succeeded Dr. Pitts in 1963. During his tenure, the church was completed and the church continued to improve its physical plant. 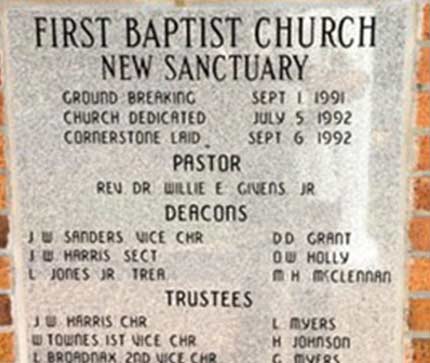 In August, 1973, Rev. Dr. Willie E. Givens, Jr., became the Pastor. After Rev. Dr. Willie E. Givens, Jr., assumed the Pastorate of First Missionary Baptist Church, the church experienced tremendous growth spiritually, numerically and financially. Over 400 members united with the church. The Parsonage was refurbished and completely furnished. The deed and title of the Church property was obtained. A new land site adjacent to the church was acquired. The educational building was enlarged to twice its original size.

Ten new deacons were ordained during his early years at the church. Several choirs were organized. A Nurse's Unit and the Ruth Naomi Ministry were organized to better meet the needs of the congregation. Friends and Family Day became a major event in the life of First Baptist.

Also, an active, ongoing witnessing ministry was put in place with witnessing teams going out into the community every Saturday.

In March, 1983, the Ribbon Cutting Ceremony was held for the Head Start Center which was housed in the newly renovated old sanctuary until June of 2011.

In August 23, 1994, an adult literacy program was added. On June 22, 1997, the mortgage for the new sanctuary was burned. In February, 1998, Tutoring and Homework Help Programs began. On December 4, 1998, the Young Adult Ministry held their kick off meeting. In October, 2002, the Teen Choir was organized. Four deacons were ordained in November of 2002. In February, 2005, a boys and girls youth basketball team played during the spring season. They were accompanied by a tiny tot cheering squad. In February, 2011, the church began tutoring persons interested in becoming computer literate. The church benefited from the leadership of its prestigious, dynamic, anointed and appointed leader, Rev. Dr. Willie E. Givens, Jr. In 2016, Rev. Givens retired as the Pastor of First Missionary Baptist Church after, 42 years of dedicated service.

On February 13, 2017, the membership of First Missionary Baptist Church called Reverend Adam Spencer, Sr., as its Pastor. Reverend Spencer was installed on May 6, 2017. 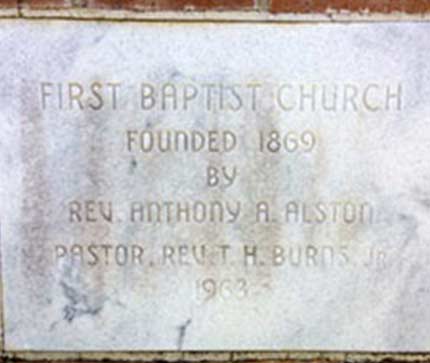 On February 13, 2017, the membership of First Missionary Baptist Church called Reverend Adam Spencer, Sr., to the pastorate and installed him as its twelfth pastor on May 6, 2017.

Since Rev. Adam Spencer, Sr., assumed the Pastorate of First Missionary Baptist Church, the church continues to experience financial, numerical and spiritual growth from his anointed and appointed spiritual leadership.

Under his pastorate, First Missionary Baptist Church maintains her legacy of commitment to participate in the Charleston County Missionary Baptist Association, The Baptist Education and Missionary Convention of SC, the National Baptist Convention, USA, Inc., Missions and the support of Benedict College and Morris College.

Reverend Spencer's major focus centers on the spiritual development and edification of the church. He established a Christ Centered church vision and yearly themes to empower and equip the church to serve God. Prior annual themes were "From Membership to Discipleship Part 1 and Part 2 and Living as a Kingdom Family." The current theme is "Knowing Jesus Christ."

Spiritual highlights of Pastor Spencer's tenure include ordaining new deacons and new deaconesses in the Diaconal Ministry and instituting new ministries to meet the growing needs of the church. Some of these ministries include a Health and Wellness Ministry, Achievement Recognition, Adults for Christ, Faith Sharing, Hospitality (Greeters), Media Ministry, Pastoral Advisory, Photography, Sisterhood, Gardening and Political Action Ministry.

Reverend Spencer is a compassionate pastor with a caring church who walk by faith seeking to glorify God by making disciples for our Lord and Savior Jesus Christ through devoted witness, word, work, and worship.